The Perfidious Myth of the Unified Church 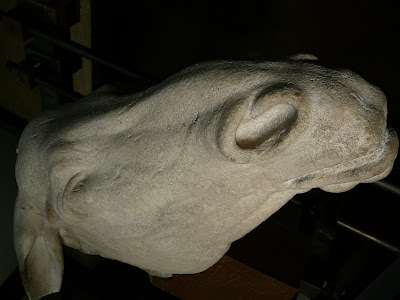 On welcoming us to our tour of the Vatican's collection of archaic Pagan, Jewish, and Christian tomb inscriptions, the collection's curator noted that the purpose of our tour was of a kind with the inscriptions we were about to experience: "something about these inscriptions demonstrating the early unity of the church, a unity that you in this class are trying to recapture. Good for you!"

This is, of course, bullshit, as Prof. Wallraff was quick to point out. I had the privilege of attending a lecture by Dr. Elaine Pagels shortly before my entrance into seminary, and she was quick to point out that there was an astounding diversity of belief and faith among the early Jesus-following communities. This has been echoed in various of my courses in the GTU, and was raised here by Dr. Wallraff. 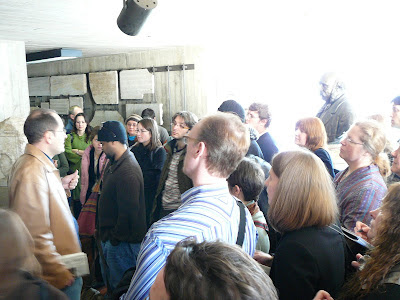 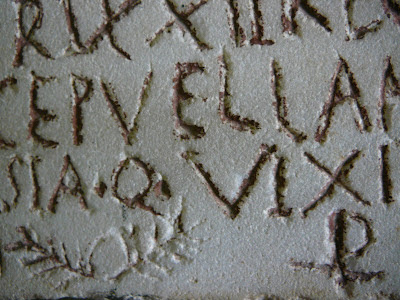 He pointed out that, for one, the people who commissioned and were commemorated by the inscriptions at which we were looking would likely not have called themselves Christians, at least not for a while; for another, followed different leaders and teachings; and third were using a multiplicity of texts in their worship lives, most of which no longer exist. 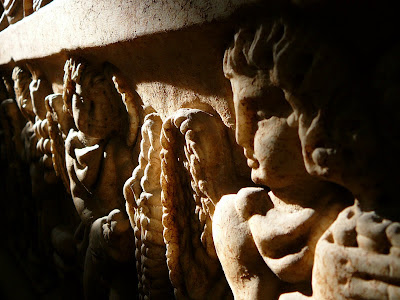 The myth of the unified proto-Christian church is pervasive, and in my opinion, dangerous. The idea of getting back to the "original" Christianity (as though there was just one) is undeniably appealing--I feel attracted to the teachings of Jesus as I understand them, and have thought about how much more powerful they must have seemed at the time of their utterance. Who wouldn't want to experience the primordial teachings of Jesus? The problem arises, as always, in the interpretation. Where I would see a non-dogmatic, social justice and anti-oppressive minstry working hard against the Roman occupation, another might see the roots of their faith, justification for their tradition's superiority. Rather than creating unity, therefore, the myth of proto-Christianity sows the seeds of division through opening a space for each believer to see their faith as the true root of the Christian religion, and therefore to see followers of other branches of Christianity as misguided and in need of correction. 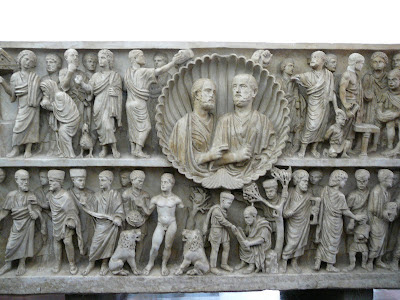 This sarcophagus deserves special attention. According to Professor Wallraff, the iconography of sarcophagi in antiquity tells us that the two men depicted here would have been buried together. The standard Vatican explanation is that they were brothers. It seems to me likelier that they were lovers and partners. Of course, we cannot know, only wonder. My classmate, Perry, was very moved by this artifact, and I will recruit him to add to this commentary.