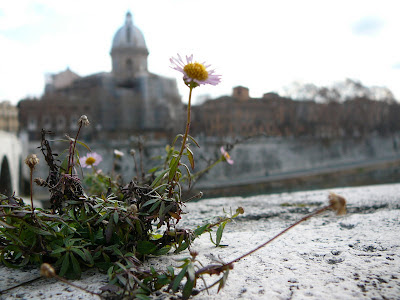 So in the posts below I hope you will get a sense of the class, Rome: A Crossroad of Religion, I just had the privilege of taking, thanks to Starr King School for the Ministry, The American Waldensian Society, and Dr. Gabriella Lettini. Of course this is a fragmentary overview, and my purpose is survey and not exhaustion. I want to share some photos, observations, and in-class learnings in the hopes that I can bring to life some of the ways in which this experience came alive for and through me. 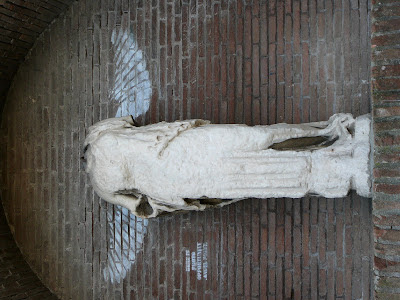 
Since I'm pretty low-tech, generally speaking, this blog reads in somewhat reverse order. The first thing I wrote was an overview and introduction to the class, so if you read this in typical internet fashion it will be the last thing you read. Here is a link to jump down to that post, which I hope you will read first to get framework in which to fit the other sections of writing and photographs. Thank you for reading this, and I welcome your comments! 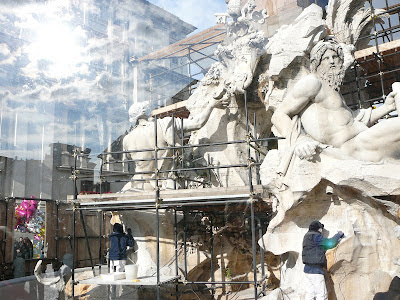 Reflection on the plexiglass barrier surrounding the conservation-work of Bernini's Fontana de Quattro Fiumi in Piazza Navona--the fountain features four river gods representing the four major rivers of the four major continents (in the conception of the Renaissance era): the Nile, the Danube, the Rio de la Plata, and the Ganges. 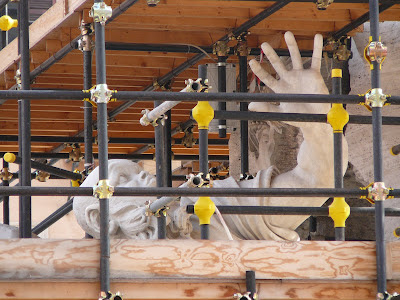 The God of the Nile